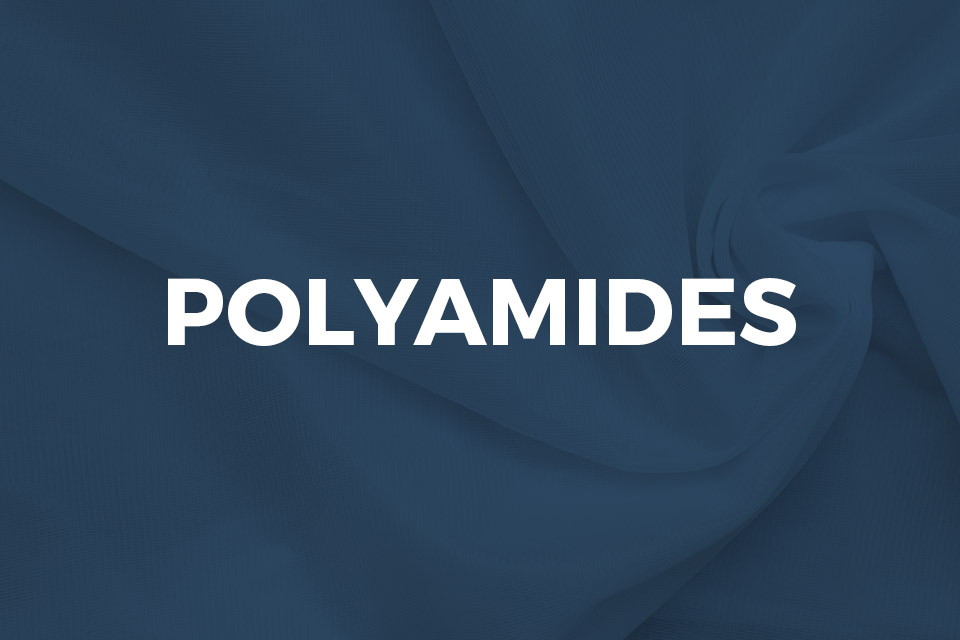 Polyamides are chemical compounds classified as polymers, which contain amide bonds in their backbone chains. In the textile industry they take the form of fibre that is later used to make polyamide yarn or reinforce mixed yarns. The material for these yarns is linear polyamide, which is obtained in complicated polycondensation or polymerisation processes.

Polyamide started a wave of synthetic fibres’ rapid development in the first half of the 20th century and proved itself in many industries. The father of the success of synthetic fibres is Wallace Corothors – a troubled, but an outstanding specialist in the field of organic chemistry as well as a leader of DuPont’s polymer research team. In the 1930’s the team were also working on polyester and neoprene. They initially developed polyamide-6.6, known as nylon, which was used to imitate – costlier – silk. The revolution was underway, despite its initiator’s death in 1937, and nylon found applications in i.a, toothbrush production and – more importantly in light of World War II – parachutes. In response to the American invention, Germany’s Paul Schlack developed polyamide-6, which closely resembles its predecessor’s characteristics and is still sought-after by many industries. After the war, DuPont were still working to improve polyamides, which resulted in aramid fibres such as Kevlar or SVM. Used primarily in composite materials, distinctive for their high durability and low mass, therefore widely applied in motoring.

The desirability of polyamide due to its qualities is still a fact. Its bending stiffness, abrasion resistance and high relaxing ratio make specialised industry manufacturers, choose it over much cheaper polyester.

Most common applications of polyamide and aramid fibres:

Please check our offer and temporary products for polyamide. Also, do not hesitate to contact us, in case you have any questions.